So in the last couple of days, an already brewing feud was brought to the forefront of mainstream attention when rapper Pusha T released Infrared, the lyrical content was sharp, informed and only slightly disrespectful

But hip hop is a blood sport, probably the only genre in music where competition is how you earn not only your respect but keep your career going. The one at the top (in this case Drake) is subjected to numerous attempts at being dethroned

Most insults go answered because to respond would be shine a light on a previously unknown artist, responding would validate their attempts to take you down, it would signal to everyone that they managed to stir up something you…..they basically hurt your feelings enough that you felt the need to say something back

When a ‘diss’ track is given enough attention, it’s like a new contender entering the ring, fighting for the title

Pusha T is by no means a new contender but yet in regards to his popularity, reach and mainstream appeal, some would consider him the underdog verses the phenomenon that is Drake

Already blood thirsty from a ‘beef’ with Meek Mill which ended with Meek becoming the urban emblem of taking an ‘L’ (loss) Drake cemented his space in the histories of Hip Hop as an artist on top of his craft, almost too big, too popular to even be bruised by wannabe challengers

Yet Pusha T got enough of his attention for Drake to commit to the 24 hour reply – what’s the 24 hour reply? When an artists goes at another artist, to prove your skill, showcase your quickness, talent and vengeance, you must respond within 24 hours

Doing so proves that you’re quick on your feet, always ready to toe the line and more than capable of holding your own. like I said, it’s a blood sport!

Drake did just that – releasing Duppy Freestyle  a very confident and calculated response that most, myself included expected, I mean after all it is Drake. Even as I listen to it now, I’m reminded of how talented this guy is, extremely skilled with his delivery, the punchlines and imagery is on point and yet the insults are authentic, would make a grown man cry for having his life disrespected so publicly like this

I assumed this would be it, there would be no reply because it’s hard to come back after Drake turns his attention towards you

I had no idea what was about to happen next

The Story of Adidon Pusha T’s come back was nothing short of too disrespectful that I had flashbacks of the most notorious feuds of all, Tupac vs Biggie Smalls. Pusha went too far and made it so personal that I’m struggling to see a way that Drake can even come back from this 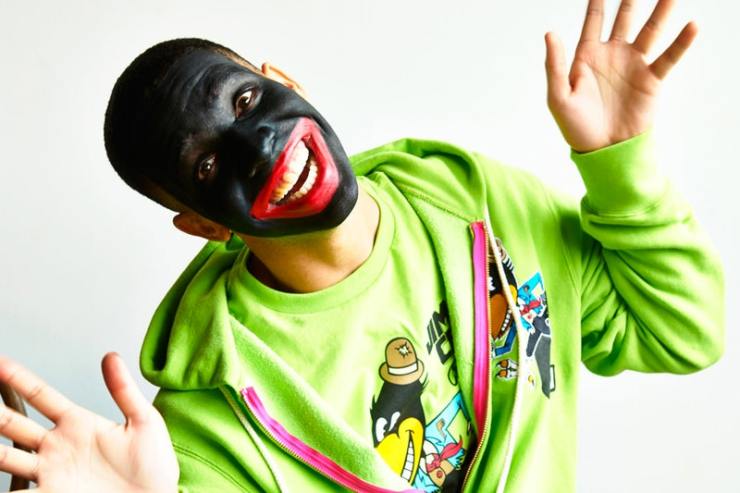 The release of this artwork to go along with the song was a ‘check mate’ move, so calculated, he essentially turned an entire culture, a race against one of it’s very own by making them question why a biracial person would dress up in black face, being fathered by a black man, knowing the history of black people etc

Pusha T knew all of this, he would have to know what he was doing because his moves have been flawless

I know that for many reading this it may come across as juvenile, childish and petty but as a Hip Hop fan and someone that has grown up with the genre and watched it become the most popular, highest selling genre in music, i absolutely love it

To me, it’s no different to the power moves people make in corporate companies, the power plays people make in life. for those who subscribe to the whole concept of survival of the fittest then Hip Hop, if nothing else, has continuously demonstrated that only the strongest will survive and the truly vivacious will reign supreme, everybody else fades back into obscurity

The War Of Words (W.O.W) may just be getting started or it may signal the beginning of the end of the reign called Drake, perhaps like many before him, Drakes 15 minutes are up and a new person will eventually reign in his place

Long live the gladiators with mics

View all posts by srzdirects